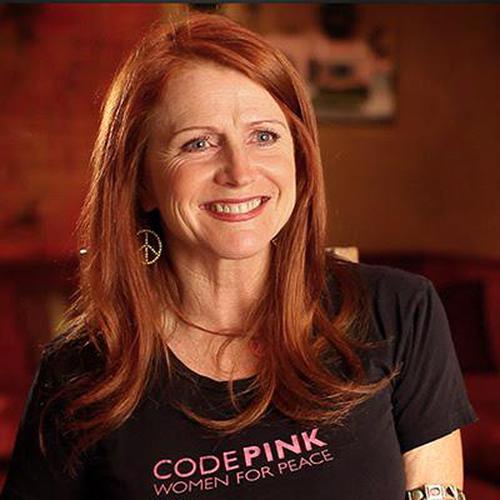 A Talk by Jodie Evans
CODEPINK, Anti-War activist and Co-Founder

Jodie Evans is the co-founder and director of CODEPINK She has been a visionary advocate for peace for several decades. Join us as we discuss her career in activism, including her work on presidential campaigns, and organizing direct action protests.

Jodie produced The People Speak, based on Howard Zinn's "A People's History of the United States," and the Oscar-nominated documentary The Square, which vividly captured the profound 2011-2012 democratic uprisings in Egypt. In 2015 she executive produced the climate change documentary This Changes Everything and also The Brainwashing of my Dad, a film that turns the lens on the rise of the right-wing media apparatus.